The brain is the master control system for the whole body; it sends and receives a complex frequency of signals to the body via the nervous system that dictates the function of the body.

The brain is rather like an air traffic control centre; receiving information from landing and departing planes, ensuring that the flight paths are clear and that all is operating effectively.  If air traffic control can’t communicate with the aircraft then chaos is sure to happen. The same goes for your body, if your brain can’t properly communicate with the rest of your body then health problems will result.

Several decades ago a physician named Henry Windsor was intrigued by patients who returned to health after seeing a Chiropractor or Osteopath.  He performed a unique experiment to see if the disease in the body could be directly related to disease in the spine.

In a series of 3 studies he dissected 75 human and 22 cat cadavers finding 221 diseased organs and he discovered of the 221 diseased organs, 212 were observed to belong to the same sympathetic (nerve) segments as the vertebrae in curvature.

In other words, Dr Windsor found nearly 100% correlations between minor curvatures of the spine diseases of the internal organs. 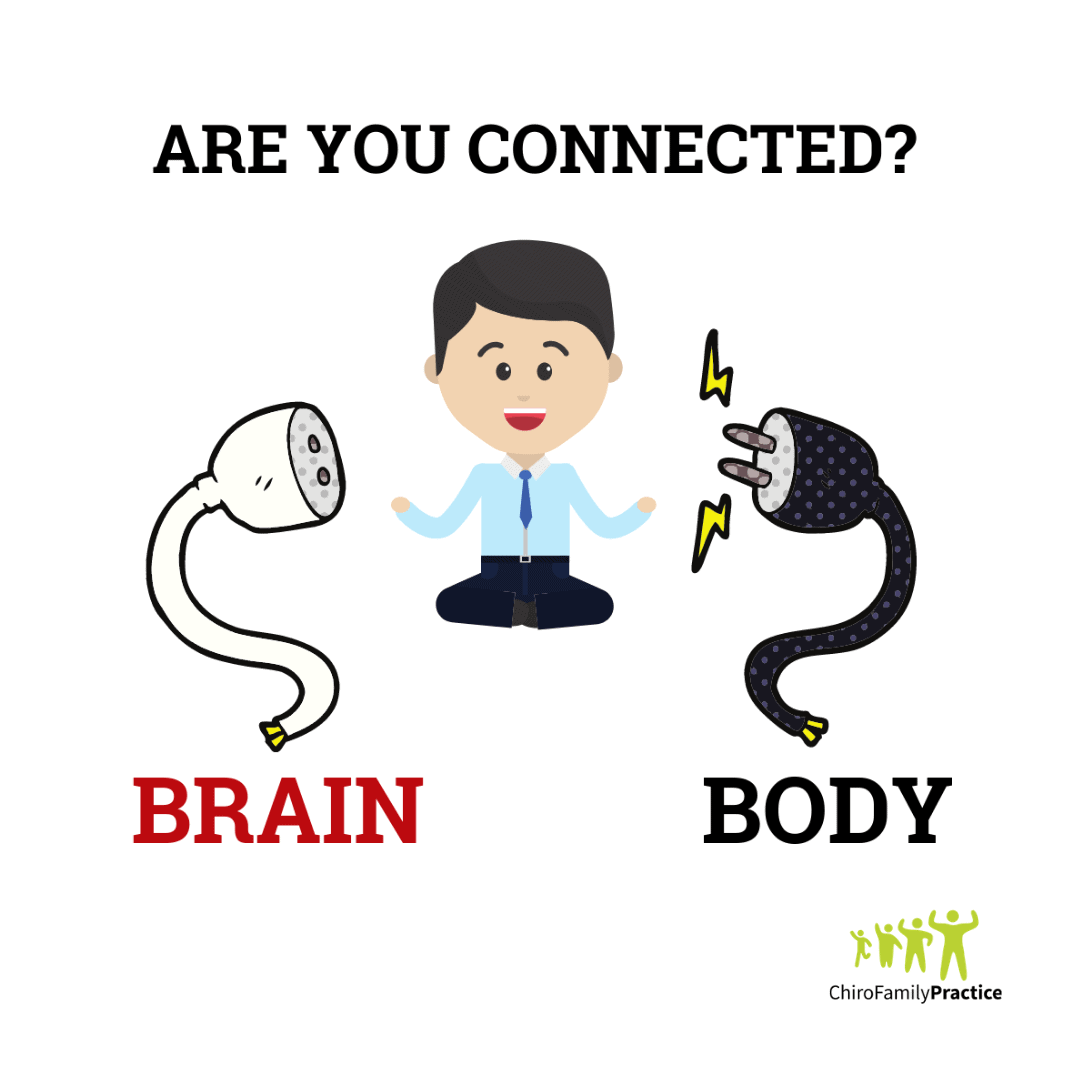 The success of the brain-body connection is linked to the health and function of the spinal column, which “houses” the nervous system.  Damage, misalignment (Subluxation), altered curves and imbalance of the spine will lead to an ineffective brain-body connection.  That is why regardless of symptoms if you want your brain to talk to your body you should make sure you look after your spine through:

At Chiro Family Practice we help to restore and maintain alignment and function of the spine through chiropractic adjustments. Chiropractic is so much more than simply a means of relieving pain.  Ultimately the goal of chiropractic treatment is to restore the body to its natural state of peak health and performance by having a clear, brain-body connection, just like an electric circuit.

We use cookies on our website to give you the most relevant experience by remembering your preferences and repeat visits. By clicking “Accept”, you consent to the use of ALL the cookies.
Cookie settingsACCEPT
Manage consent

This website uses cookies to improve your experience while you navigate through the website. Out of these, the cookies that are categorized as necessary are stored on your browser as they are essential for the working of basic functionalities of the website. We also use third-party cookies that help us analyze and understand how you use this website. These cookies will be stored in your browser only with your consent. You also have the option to opt-out of these cookies. But opting out of some of these cookies may affect your browsing experience.
Necessary Always Enabled
Necessary cookies are absolutely essential for the website to function properly. This category only includes cookies that ensures basic functionalities and security features of the website. These cookies do not store any personal information.
Non-necessary
Any cookies that may not be particularly necessary for the website to function and is used specifically to collect user personal data via analytics, ads, other embedded contents are termed as non-necessary cookies. It is mandatory to procure user consent prior to running these cookies on your website.
SAVE & ACCEPT